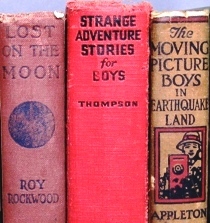 "window" into the author's personality and quirky sense of humor.
Here are the opening sentences. Please take a look while I throw my computer keyboard to the floor.

"The best presents our parents ever gave to my sister, Vicky, and me were our little brothers.

I was nine and Vicky was seven and a half when Danny was born. We had been looking forward impatiently to his arrival, especially Vicky, who loved playing with dolls. She had always enjoyed making the dolls fight with each other; when the dolls wore out, she ripped off their arms and legs. Now she is a nurse.

We tried to be more careful with Danny. But it didn't take us long to discover that a human baby with a brain was a lot more fun to play with than a stupid doll."